Well, I scrapped again but this time I had a rough time of it at the start. I used a sketch from Creative Scrappers. Here it is: 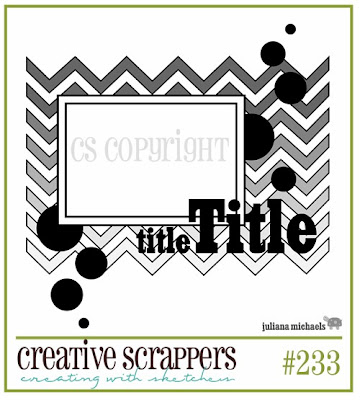 I started by using a Crafter's Workshop stencil for the chervons, but it turned out horrible. It was way too big, and in the wrong color for where I was going. But because I am a cheapskate, and had just spent 50 cents on the bazzil cardstock, I wasn't going to give up. I covered it with gesso and started over! You can see the slight discoloration of the white where the gesso is.

So, instead I used a stamp by Alley Way stamps for my chevrons. I added lots of paint, ink, and scribbles. I used a vellum quote and rubon from my stash, and an alpha by making memories. Tape from Queen and Co and from Freckled Fawn. The arrow is by Pink Paislee, and flowers from Kaisercraft, recolored. 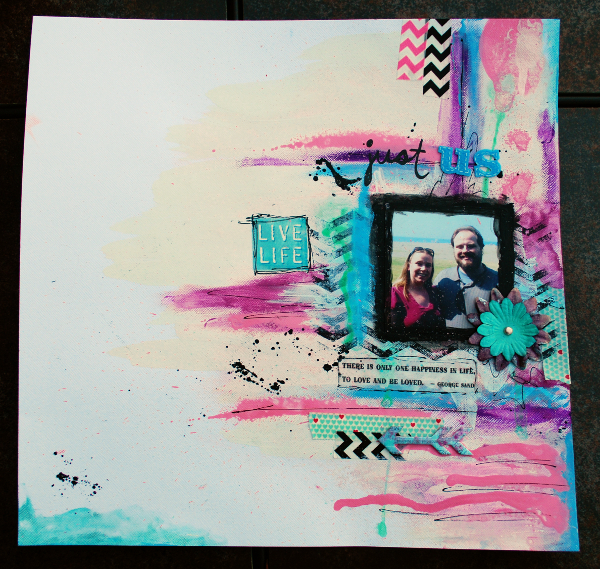 I know that I drifted away from the original sketch quite a bit, but I like the end result! Apparently my scrap style is "painty and messy" :) I tried to add some journaling at the bottom but hated it, so covered it up with gesso and paint as well.

Thanks for looking!
Posted by Lynn at 7:21 AM

Hi Lynn! I absolutely LOVE your page!!! Love your style and colors and everything about it! (and i love your blog header :D ) Thanx for playing along :)

What an A-W-E-S-O-M-E page!! Thanks so much for posting your out-of-this-world design using CS sketch #233!! Woo!Hoo!

Super pretty layout! Love the background! Thanks for playing along with us at Creative Scrappers! 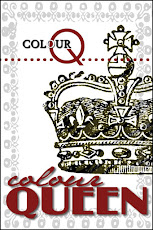